The Thor video slot has been discontinued by PlayTech – but if you’re looking for other action-packed and highly rewarding games to play, try your hand at Mega Moolah and Thunderstruck 2!

Thor developed by PlayTech is a great looking game that will appeal to gamers of any age. Fans of the classic comic book series will be drawn to the familiar story line, intriguing video sequences and smooth, flawless graphics. 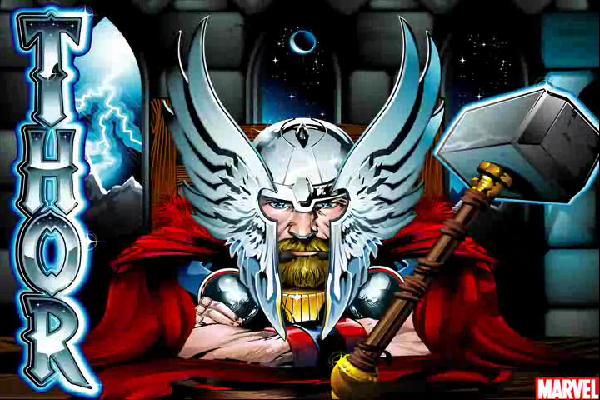 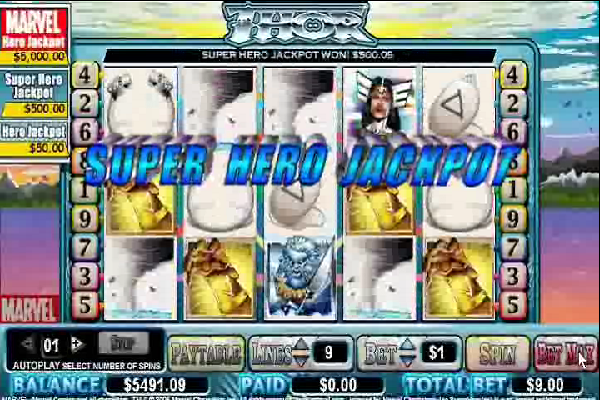 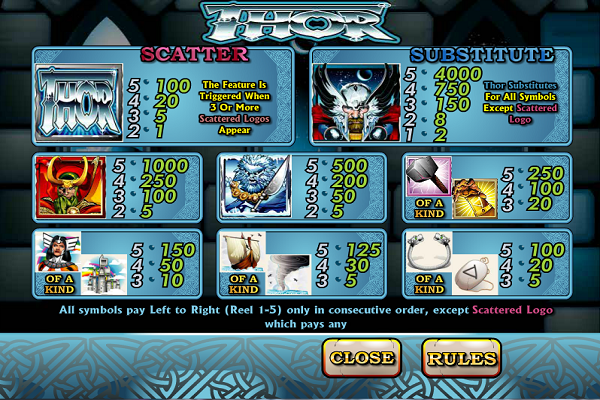 Thor slot offers nine pay lines spread across five different reels. It is an eye-catching slot machine which provides plenty of action and a nice jackpot.

Thanks to the number of different video clips that are spread over the game, as well as the somewhat common wild card and bonus rounds, Thor is an active game which will keep you content during long stretches of play. Featuring winning potential comparable to many of the other popular games that are out right now, Thor has the opportunity to be both fun and profitable. With great graphics and a strong story line behind it this game is easy to follow and has become popular across a wide demographic of online gamers.

Thor possesses the absolute best of two worlds – not only is it a modern video slot machine with exciting game play and profitable bonuses, but it also features amazing graphics and magnificent video cut-scenes. Fans of the series will recognize many of the different characters and symbols used, and the high-quality video sequences are sure to impress anyone.

In addition to the two wild symbols and the scatter bonus, there are also three different progressive jackpot amounts – the Hero, Super Hero and Marvel Hero progressives. Each of these is randomly awarded throughout gameplay at the end of a player’s spin. As with many progressives, these can equal out to significant winnings for the lucky player to be awarded them.

Each of the five different reels has the opportunity to show the scatter bonus symbol – the Thor logo. Receiving two symbols on your screen with multiple that spin’s winnings be two times, three symbols is a five times multiplier, and showing the Thor logo on all five reels will multiply that round’s winnings by one-hundred times. On rounds where you receive at least three scatter symbols across the different reels you will be awarded the bonus round. In this game, the round consists of ten extra free spins, during which all winnings are multiplied by three.