One of the most beloved and iconic characters across the world is the Pink Panther, his name is synonymous with entertainment and fun and has been made into TV shows, movies and now… an online video slot as well. 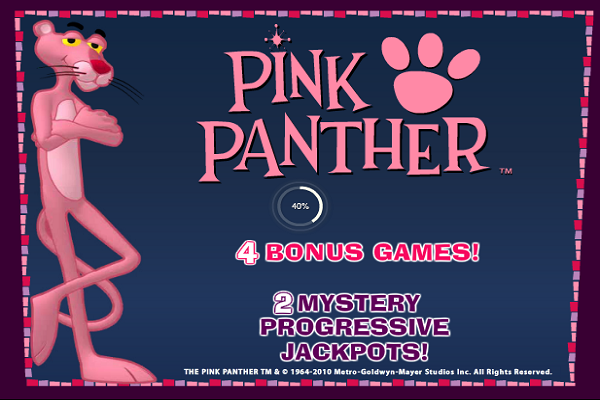 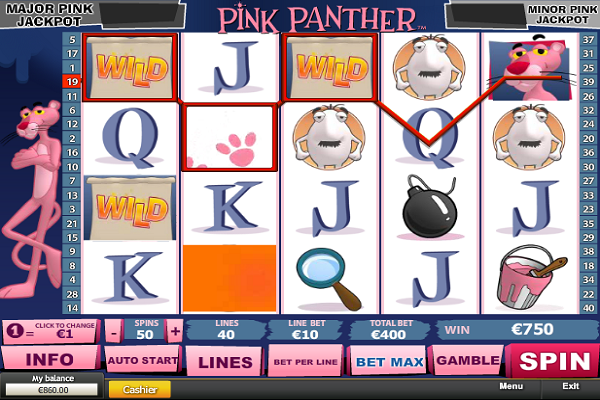 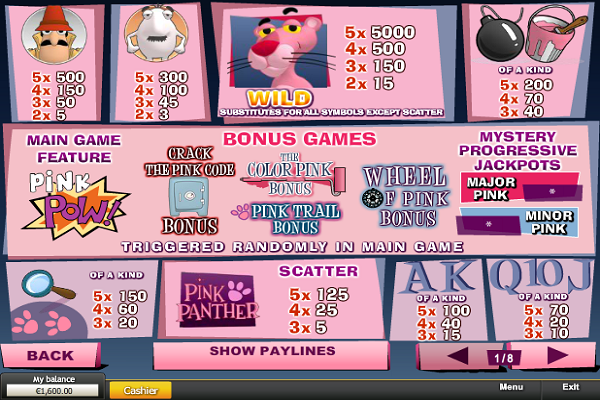 You may think this slot is just like any other cinema themed video slot, but it has so much more to offer than any random video slot. Read on to learn more about the Pink Panther online slot game.

Pink Panther has 5 reels and 40 pay lines with lots of special symbols, 4 bonus games, a gamble feature and 2 mystery jackpots. You can play this slot for as little as $1 spin or as much as $400 for maximum wins. The game is from Cryptologic and it can be found at Intercasino.

As you play the Pink Panther you will begin to activate the bonus games that will quickly become one of your favorite parts. The bonus rounds are fun and interactive with a nice mix of randomness of value that will suit players of all levels of experience.

The visuals are exceptional and should be expected to form a high-quality slot. The Pink Panther looks exactly like he should as do the rest of the cast, make no mistake, this isn’t a cheap knockoff like some slots you may find out there, the Pink Panther has remained true to the form of the original movie and characters.

There are 2 mystery jackpots called Major Pink and Minor Pink. The jackpots are won playing the bonus games that are triggered at random during normal gameplay and no set coins are required to trigger them. You are also guaranteed to win one of the jackpots or a consolation prize once you reach this stage.

The actual game makes you open random doors that have characters behind them. Pick 5 Pink Panthers and you win the Major Pink jackpot. Find 4 Inspector Clouseau and win the Minor Pink jackpot.  Finally, if you don’t win either jackpot you can uncover 3 of the Little Man characters to win a generous consolation prize.

Pink Panther has 5 bonus rounds that will trigger at random along with a gamble feature that lets players double up their winnings after a spin. The 5 bonus rounds will feature Pink Panther, Inspector Clouseau and other characters from the series. Each has their own unique gameplay and rewards.