Mega Moolah Isis is a reimagining of Microgaming’s popular “Isis” slot that uses the iconography of ancient Egypt and lays one of the most popular progressive jackpots ever on top of it. The allure is very simple – seven-figure scores. 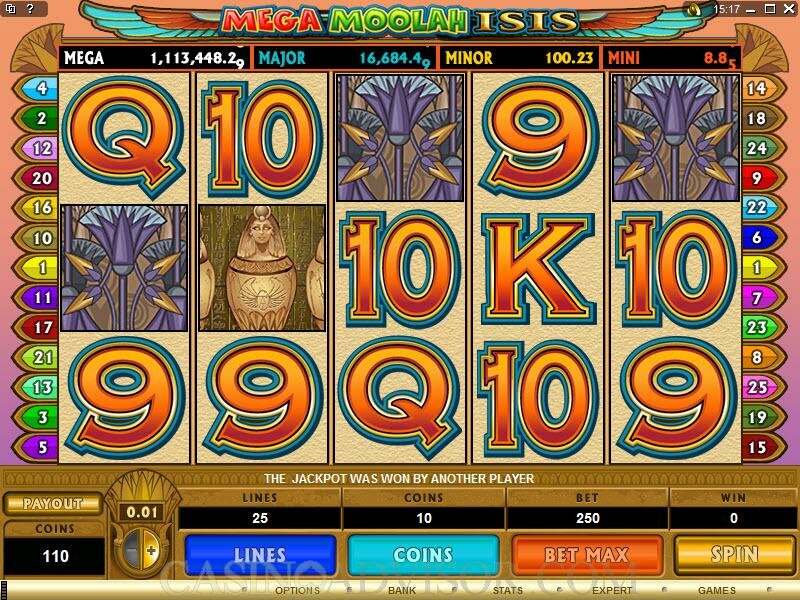 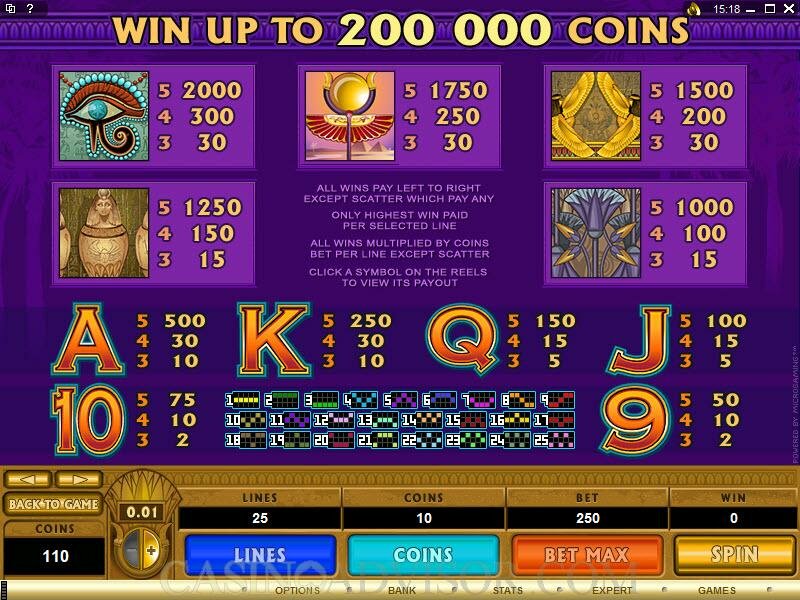 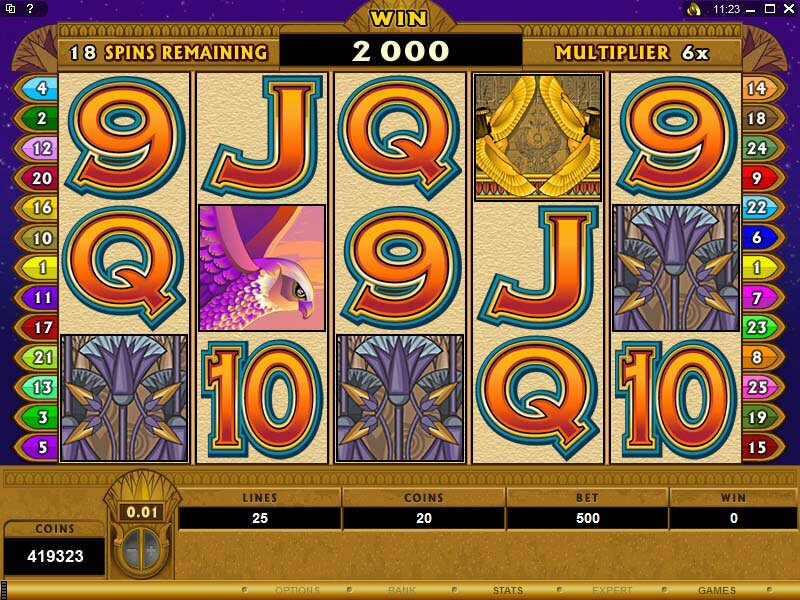 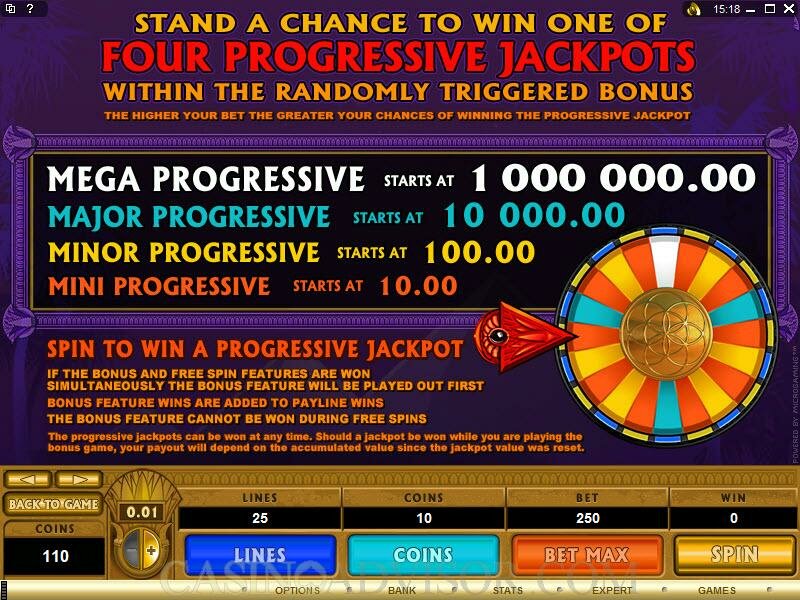 Mega Moolah Isis begins by selecting the amount of money you want to wager: There are clearly marked buttons that will tell you how to increase or decrease the size of your wager, or you can click “Bet Max” to wager as much as possible. Coins can count for anywhere between $0.01 and $0.05. Finally, click the “spins” button and you will start the game; there is an “auto play” feature, but the action is so fast that we only recommended it for those who are serious about winning big money.

The wild is the Isis symbol: Having it come up on any of your paylines on a winning spin will give you a 2x bonus. If you are lucky enough to get a payline with five Isis symbols, you can get anywhere from 10,000 – 200,000 credits.

Modern look: This online slot is designed to give all of your senses an immersive experience that will have you feeling as if you are sitting on the bands of the Nile River itself. The graphics blend a crisp, clean, and modern look with a compelling color scheme and artwork design that still feels ancient. The Isis and Hawk symbols are beautifully rendered and have a mysterious feel that that seems both contemporary and yet historical all at the same time. It would have been easy to make the graphics overwrought with complications and forced gravity, but thankfully that isn’t the case.

The sounds are spot on as well and complete the effect: The soundtrack is synthesized and has a classic Arabian feel to it, akin to what you would expect to hear when sitting beside a snake charmer. But what really stands out though is the great animal calls such as the hawk’s cry that truly evokes the wonders of ancient Egypt. You’ll find yourself swaying along with the beats and enjoying every second of this immersive soundtrack.

The progressive jackpot is highly volatile and triggered randomly in the form of a “spin the wheel” based game where the minimum prize is the “Mini Progressive” jackpot. Some players like this and others hate it. The effect is that you have a chance to win life changing money even when you make the smallest bet possible. So unlike other progressive online slots options, players of all bankroll sizes can get in the action and try to hit it big.

There is also a gamble feature that gives you a chance at a 2x or 4x multiplier based on making a choice between red and black. However, there is a limit to how much you can win using this feature, and it’s not available at all on progressive jackpot wins.