Long one of the most popular games on the web, Microgaming’s King Cashalot is a favorite among progressive slot players because of the chance for gamblers to win big while betting small. Payouts for the progressive jackpot regularly soar north of $1-million. 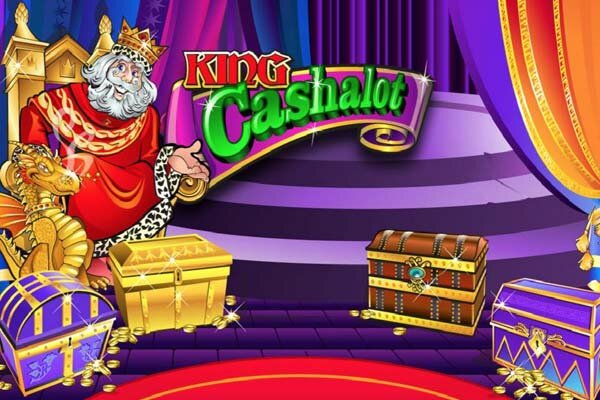 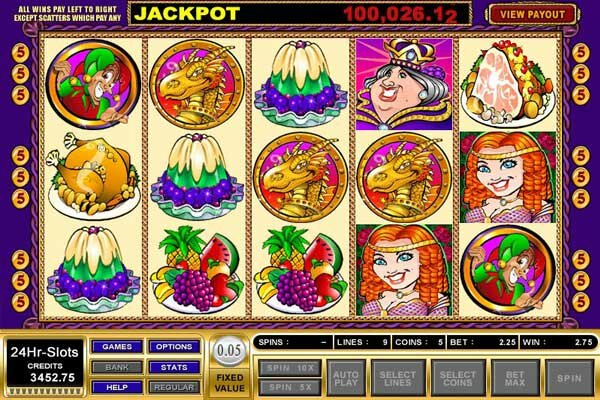 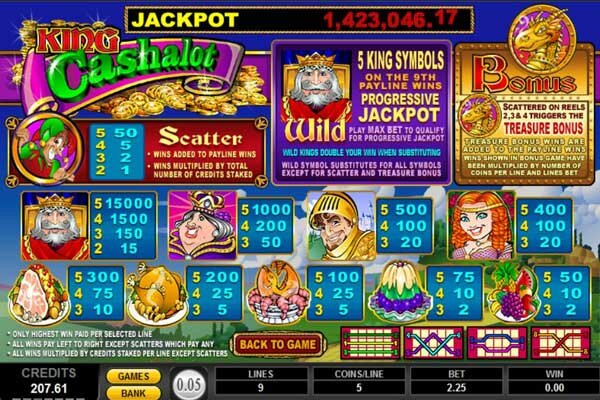 The King Cashalot slot game is a five-reel, nine-payline progressive slot machine that allows players to bet up to five coins per payline. Players must bet the maximum number of coins and paylines to qualify for the progressive jackpot, but because the minimum coin size is just $0.01, players only have to wager $0.45 per spin to play for the big prize.

Players can win by arranging combinations of three-to-five of a given symbol on a wagered payline. The game features an array of symbols, including:

binations, and it’s small wonder why King Cashalot has been so successful!

The slot’s medieval theme is a throwback to the land of grand feasts and royalty. The symbols are all cartoon caricatures of various people and treats that might be found at a king’s banquet, and the background sound is designed to create a similar feel, with guests laughing and music playing as gamblers shoot for the progressive jackpot.

Players must wager five coins on each of the nine paylines in order to qualify for the progressive jackpot. The jackpot begins at $100,000 and grows until a lucky player takes home the prize, and like other Microgaming progressives such as Mega Moolah regularly swells north of $1-million. The progressive slot has paid out an average of once every 41 weeks, and players can win by landing five of the King Cashalot symbols on the ninth payline.

The real draw to this jackpot is how little players need to wager to qualify. Rare is the slot that lets you compete for $1-million by wagering as little as $0.45, and it’s in this regard that players get a true steal playing King Cashalot Slots.

King Cashalot features three special symbols, each of which can be used to enhance a player’s chance of winning

Wild Symbol: Not only is King Cashalot key to winning the progressive jackpot, he also holds an important role for players trying to enjoy the rest of the game. King Cashalot is the wild symbol, meaning he can be used to replace other symbols on the board, creating more winning combinations. Players can also win by combining between two and five King Cashalot symbols on any wagered paylines, earning between 15x and 15,000x bets placed on the first eight paylines.

Treasure Bonus Game: The golden dragon symbol only appears on reels two and four, and when a player lands one of them on a payline, the Treasure Bonus Game is triggered. In the bonus game, players get the chance to open three treasure chests containing different prizes. Players open the chests one at a time, and can choose to either keep the winnings they discover or move on to a different chest. A player’s winnings in the bonus game are multiplied by the number of coins bet per line and the number of pay lines wagered, meaning that players will win more if they’ve gambled more.