Jack and the Beanstalk

Jack and the Beanstalk is a fun and entertaining slots game with a fairytale theme, developed by the software provider, NetEnt. It was launched in 2011 and joins their suite of modern slots with impressive features. 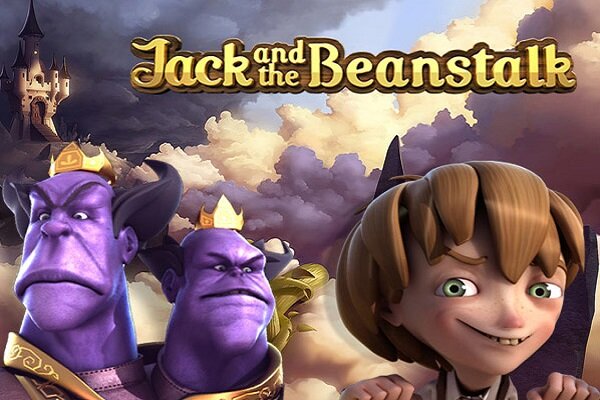 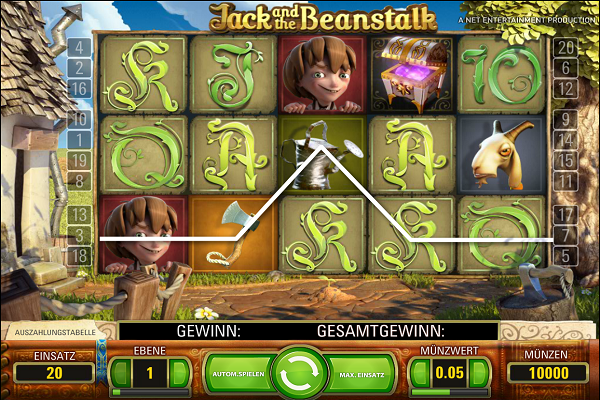 The game is based on the popular tale of Jack: The boy who sells the family cow for some magic beans which he plants. These beans grow into a giant beanstalk which Jack climbs, encountering an evil giant while capturing riches that improve his family’s fortune forever. The game includes a Walking Wilds feature and a free spins bonus round with a Treasure Collection feature that will have you collecting keys for extra ways to win.

Jack and the Beanstalk is a 5 reel, 3 row, 20 payline video slots game with a fixed jackpot: It has a coin range of $0.20 to $100 per spin, making it suitable for a wide variety of players, from penny slots players to high rollers. The game has a cartoon style with graphics and symbols that tell the story that is so well known. The symbols include:

Play Jack and the Beanstalk Online Slot for Free

The graphics of the Jack and the Beanstalk online slots game fit well with the fairy tale theme, with cartoon style drawing both in the background and for the symbols on the reels. The game is set just outside the cottage where Jack and his mother live and where Jack planted the magic beans. Below the reels is a cobbled lane and the axe that Jack ultimately used to chop down the beanstalk and kill the giant; the cottage is on one side of the reels and a big old tree stands on the other side, and beautiful blue sky with clouds can be seen above the reels. The reels are surrounded by a simple wooden frame with each symbol in its own block on the reels. The symbols will be familiar to anyone who knows the storyline and even the high-value playing card symbols, which are the lowest paying symbols, fit with the theme with their beanstalk design. The game starts with a movie clip of the castle in the clouds before moving down to the scene outside the cottage.

Jack and the Beanstalk is a non-progressive video slot game with a fixed jackpot. There is a maximum fixed jackpot of 1,000 coins which is awarded when five symbols of Jack land on an active payline. It is a medium variance game in that there are winning opportunities that come round relatively often.

There are many bonus features that all add to the theme of this game. These include the Walking Wild feature and a free spins bonus round that includes a Treasure Collection feature.