The Iron Man 2 video slot has been discontinued. Please visit our Slot games page and discover equally thrilling online slots, such as Mega Moolah or Thunderstruck 2.

A follow up to Playtech’s Iron Man slot, Iron Man 2 slot brings all the elements of Hollywood’s thrilling movie series right to your favorite Casino gaming side. The game features good guys, bad guys, the cute sidekick, and, most importantly, the hope of a very happy ending. 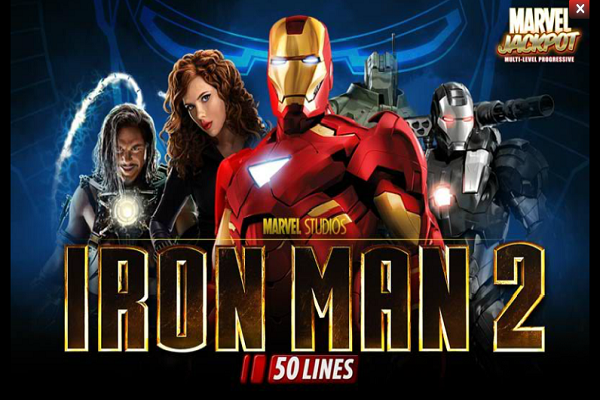 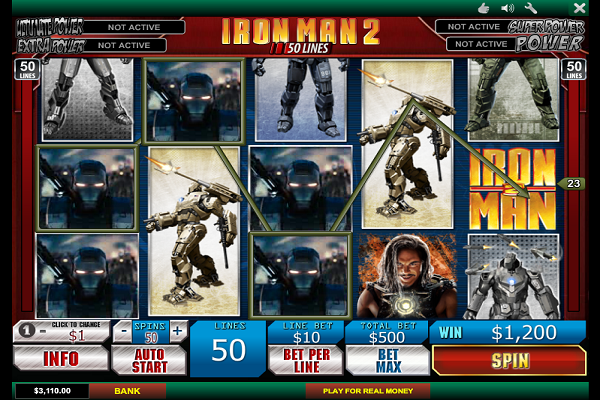 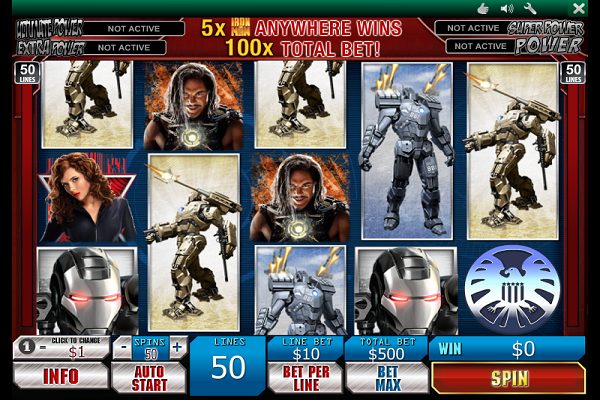 The slot offers a variety of ways to win, with up to $30,000 up for grabs to players lucky enough to win big. Even players who don’t win the jackpot, it’s combination of graphics and action clips from the Iron Man movies pair well with the game’s progressive payouts and jackpot games for an exciting gaming experience.

Players begin by betting in coin denominations from $.01 to $5 and can play up to 10 coins per line. The game features 25 pay lines and five reels, and players can hit on combinations of numerous graphics and symbols. Players can win by matching various symbols, including one of six stacked symbols, three single-space symbols or one of the wild or scatter symbols.

The graphics and sounds are the real draws here. Among the potential winning symbols are a stoic Tony Stark, a laser-shooting Iron Man, the villainous Ivan Vanko, and, of course, a red-headed Scarlett Johansson dolled up as the mysterious Natasha Romanoff. Some of the graphics react with poses and movements, and some give way to actual clips from the movie when a player has won.

Whether it’s Iron Man rocketing into the skies, or Johansson’s Romanoff striking an alluring pose, you’ll know when the bankroll is about to get a little deeper. Timing a celebratory fist pump with Tony Stark landing a right hook on a villain is just an added bonus.

Payouts range depending on the pieces, with payouts for the stacked symbols paying up to 200 coins if five are hit in a line. The three single-space symbols, featuring Stark, Vanko, and Romanoff, offer greater payouts, with a five-line Tony Stark spin cashing 1,000 coins. The game offers a wild symbol, and hitting five of those can pay 3,000 coins, while the Iron Man 2 scatter symbol offers payouts and the chance for free games. Players can win up to $30,000 on a single spin if they play their cards right.

Progressive jackpot: The game also offers four progressive payouts — Power, Extra Power, Super Power, and Ultimate Power, each of which can be hit at random. Odds depend on the amount of your bet, but every game has the chance to lead to a jackpot game, where players can hunt for various jackpot symbols in a 20-square grid. Win three of a kind, and you’ll receive that jackpot.

The wild and scatter symbols throw an intriguing mix into Iron Man 2’s gameplay. All it takes is three scatter symbols anywhere on the reel to trigger a bonus of 10 free spins with increasing multipliers starting at 2x and working up from there. Those free spins also feature an extra wild symbol in the heart of the reel, dramatically increasing your odds of a big win.

Iron Man 2 can be played at all casinos using Playtech software such as Casino.com