Book of Dead is a 5 reel, 10 payline video slot game launched by Play ‘n Go software at the beginning of 2016. This is the third game from the developer to follow the adventures of the fictional character of Rich Wilde as he explores foreign lands. 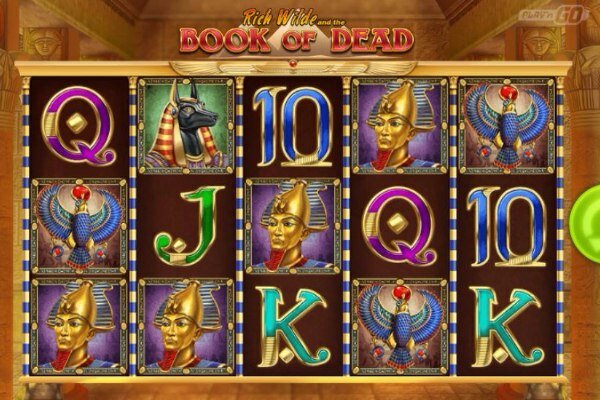 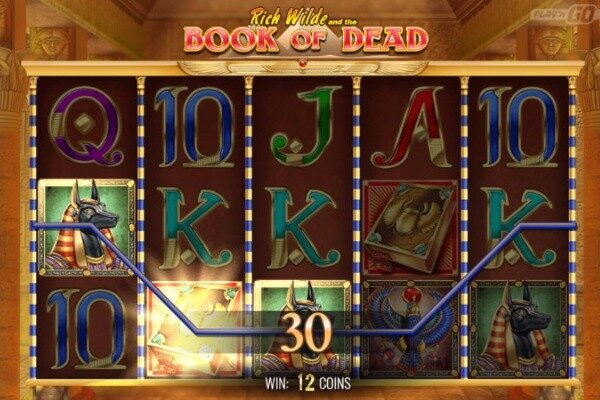 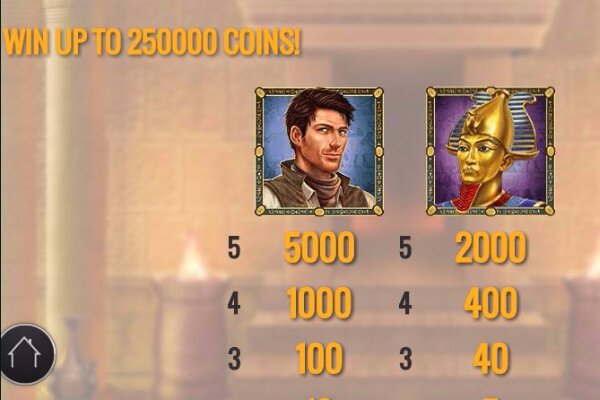 Rich Wilde and the Book of Dead follows after the other two favourite games with this character: Rich Wilde and the Aztec Idols and Rich Wilde and the Pearls of India. This latest game follows Wilde as he uncovers the mysteries of Ancient Egypt where he encounters Anubis and Osiris while searching for the golden Book of Dead. The game includes a free spins bonus round with random expanding symbols and a gamble feature for extra ways to win.

Book of Dead is a video slots game with 5 reels, 3 rows and 10 paylines: It is a non-progressive game, but it has a maximum fixed jackpot of 50,000 coins which is plenty of reasons to keep spinning the reels. The coin range in the game is $0.10 to $100.00 with 10 coins available per spin, making this game ideal for high rollers, but also accessible to players with smaller sized bankrolls. The game gives you an insight into Ancient Egypt through the eyes of an explorer, and the symbols contribute to this theme with Rich Wilde the explorer chasing after Ancient Egyptian gods in front of an old tomb. The symbols include:

Ancient Egypt: Book of Dead is an online slot game that is set in Egypt and follows Riche Wilde as he explores the mysteries of the tombs and treasures of Ancient Egypt. The game is set in front of what looks to be the intricately designed entrance to an ancient tomb that has been left undisturbed for a long time. Ornate stone pillars are standing on either side of the reels with an intricately designed ceiling and pillars leading away from it. Below the reels is a stone tiled floor with various stone jugs scattered around.

Background: The reels are bordered by stone and are separated from one another with gold and blue striped pillars, with the symbols sitting on a dark brown background. The high paying symbols have coloured backgrounds with hieroglyphics designs, while the low paying symbols sit directly on the brown background of the reels. They are bright colours with golden borders, making them stand out against this dark background. The background music of the game is Ancient Egyptian in style adding a dramatic and mysterious twist to the game.

Book of Dead is a non-progressive video slot game with a fixed jackpot: The highest paying symbol is Rich Wilde himself, and he pays out 5,000 coins when five lands on an active payline. This means that when playing with the maximum stake, players can win up to $500,000 on a single spin, making it a highly volatile game.

Book of Dead Slot has simple bonus features that offer players a way to boost their winnings as they play. You will want to keep an eye on the golden Book of Dead symbol as this is both the wild symbol and the scatter symbol which is the key to the bonus feature game. The unique features in the game include a free spins bonus round and a gamble feature option.