Among the smorgasbord of video slot options available at all of our recommended casinos, there is perhaps no more unique offering than the Battlestar Galactica slot. 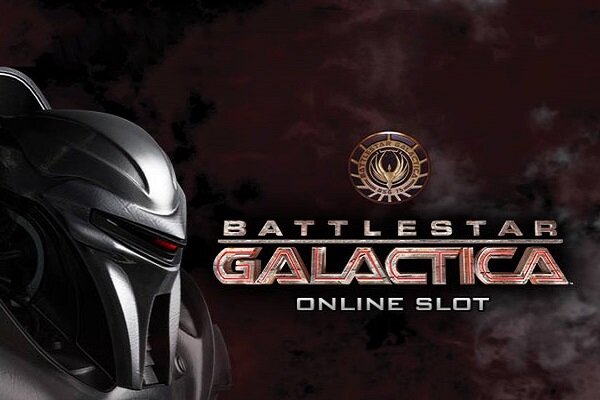 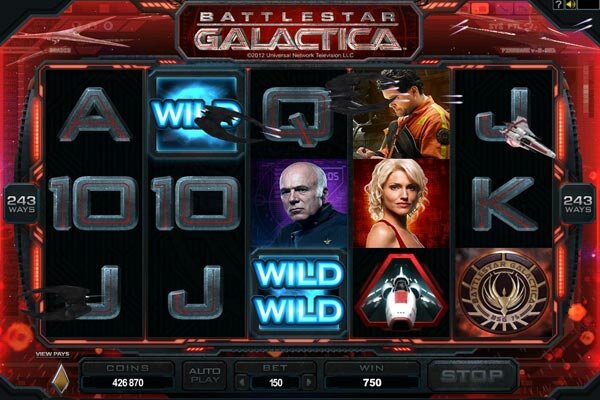 Based on the nearly 40-year-old TV and movie franchise, this slot boasts one of the most interactive gameplay styles on the web and pairs it with a graphics system second to none. A jewel among Microgaming’s many excellent games, Battlestar Galactica is a must-try for veteran players seeking a truly special slot gaming experience.

No Paylines: Battlestar Galactica is a little different than your standard video slot. While most 5-reel slots require players to bet on paylines, there are no paylines in Battlestar Galactica. Instead, there are 243 ways for players to win, achieved by matching symbols on adjacent reels. So, for instance, if a symbol appears anywhere on the first, second and third reels, that’s a winning spin for the player.

Bets, Symbols & Game Modes: The coin size for Battlestar Galactica ranges from $0.01 to $0.05 and players can wager between $0.30 and $15 per spin. In addition to the basic 10, J, Q and K symbols, the reels also feature eight characters from the latest television series, as well as a scatter and wild symbol. The Battlestar Galactica online slot also has three different game modes — Normal, Run and Fight.

Career Mode: Perhaps the unique feature to Battlestar Galactica, though, is that it has a career mode, allowing players to rise from the rank of Civilian and work their way up to Admiral, giving players something to shoot for aside from just winnings. Players gain ranks just by hitting the spin button, and the game will save your progress even if you log off for the night.

This game is in a league of its own when it comes to its look and feel. The graphic interface is tremendous. Winning combinations trigger excellent graphics and clips, and the visuals triggered when players earn entry to the Run and Fight Modes are especially well done, creating a sense of excitement unrivaled by other games. Its soundtrack helps, too, featuring a heart-racing orchestra track supported by spoken lines from the newest television series and other sounds fitting the galactic theme.

The best way to win is through the bonus games, though, as players can earn up to 1,400,000 coins through a free spin bonus round. The volatility of payouts in Battlestar Galactica is about average.

Wild Symbol: This symbol is represented by the Battlestar Galactica logo. Like other wild symbols, it can stand in for any symbol on the board aside from the scatter symbol. In normal mode, it is stacked on the first reel. These symbols can be split and appear at random in fight mode.

Scatter Symbol: Represented by a Viper Mark II fighting jet, the scatter symbol can be used to trigger free spin bonus rounds, and can also land in combinations that payout up to 7,500x a player’s bet.

There are three modes players should be aware of in Battlestar Galactica: Normal Mode, Run Mode, and Fight Mode.

Battlestar Galactica slot is available on all of Microgaming’s casinos.